We can calculate the friction force by this formula;

Where, µ is the coefficient of friction and it depends on the type of material. Fnorm is the reaction of the surface to the object because of its weight.

Ffriction≤ µ.m.g We assume that weight as m.g, however if the object is on an inclined plane than we take the vertical component of the mass while calculating weight.

Example: 50N of force is applied to the 6 kg box. If the coefficient of friction is 0,3, find the acceleration of the box. 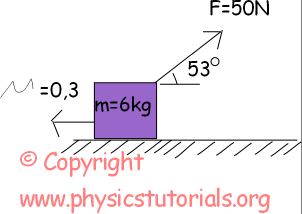 Free body diagram of the system is given above. From this diagram we find the normal force of the surface and friction force. 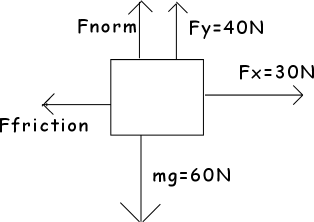 And friction force is; 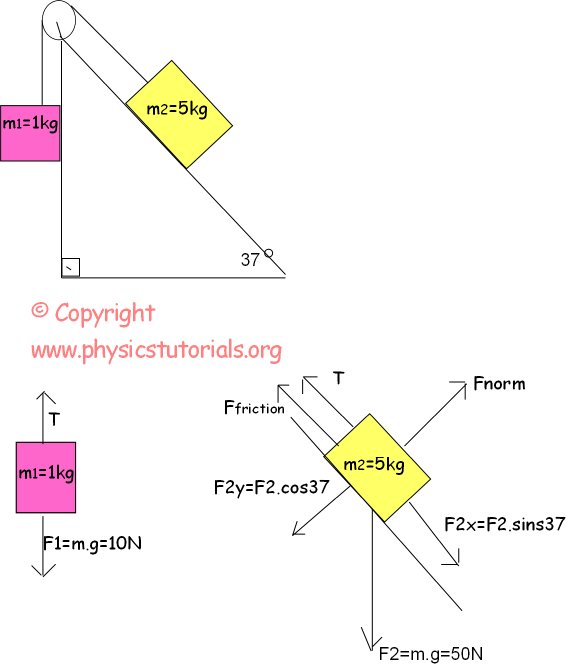