1. Position time graphof the box is given below. Find the friction constant between box and surface? (g=10m/s2) 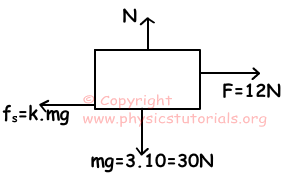 Free body diagrams of the system are given below.

Acceleration of the 10 kg box is 2m/s2. Thus, net force acting on this box is;

Normal force of the box is;

We draw acceleration vs. time graph using force vs time graph of the object. 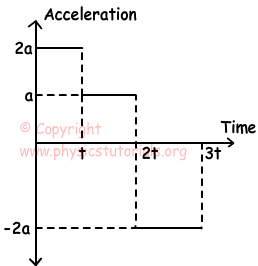 Area under the graph gives velocity.

If we say at=V then, 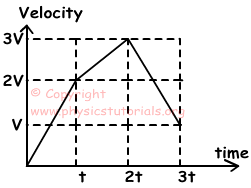 Area under the velocity vs. time graph gives us displacement of the object.

4. An object is pulled by constant force F from point A to C. Draw the acceleration vs. time graph of this motion. (F>mg.sinθ and surface is frictionless.) 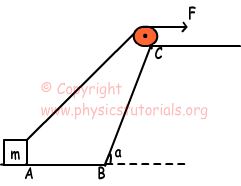 Motion of the box between points A to B:

When the object gets closer to point B, θ becomes larger, and value of cosθ decreases. Thus, a1 decreases between the points A -B.

Net force between points B and C is constant. Thus, a2 is also constant. Acceleration vs. time graph of the box is given below; 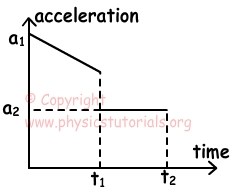 5. System in the given picture below, box moves under the effect of applied force and gravity with 1m/s2 acceleration. Find the friction constant between the box and surface. 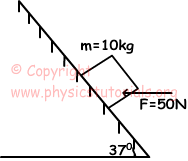 Free body diagram of the system is given below; 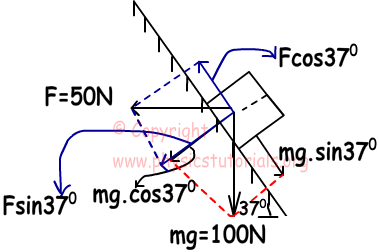 Forces acting on the box perpendicularly;