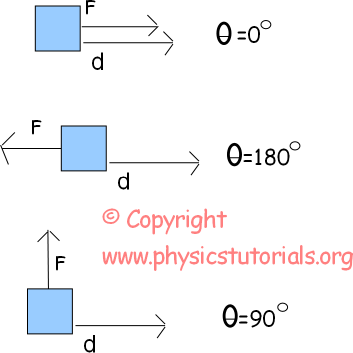 In this case force and distance are in the same direction and angle between them is zero. Thus, cos0 is equal to 1. W=F.d

If the force and distance are in opposite directions then angle between them becomes 180 degree and cos180 is equal to -1.

The last case shows the third situation in which force is applied perpendicularly to the distance. Cos90 degree is zero thus, work has done is also zero. W=F.d.cos90º=0

Now let’s talk about the unit of work. From our formula we found it kg.m²/s² however, instead of this long unit we use joule. In other words;

Look at the given examples below, we will try to clarify work with examples. 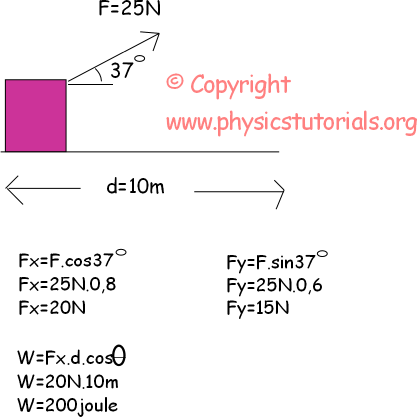 Example: Look at the given picture below. There is an apple having a force applied perpendicularly on it. However, it moves 5m in X direction. Calculate the work done by the force. 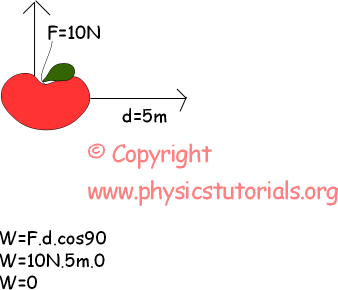 Example: If the box is touching to the wall and a force is applied finds the work done by the force. 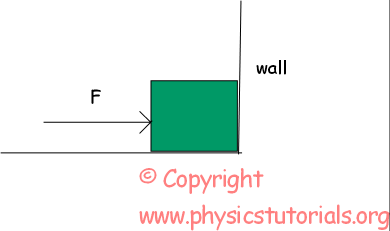 Box is touching to the wall and force cannot move it. Because there is no distance we cannot talk about the work. As you can see our formula;

If one of the variables is zero than work has done becomes zero.