The Laws Of Refraction

Example: Find the velocity of the ray in a medium having refractive index 2.

Example: A ray coming from medium X is refracted as shown in the figure below while passing to the medium Y. Find ratio of the refractive indexes of the mediums. (sin37º=0, 6 and sin53º=0, 8) 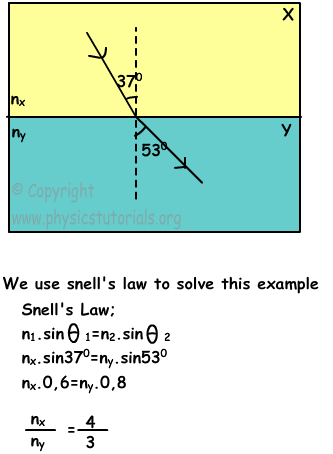 Example: Find the path of the ray after refracting. 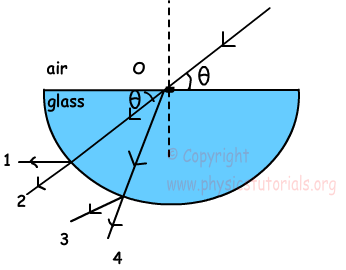 Ray coming from air to glass is refracted from the surface, thus 1 and 2 choices are eliminated. When the light comes to the boundary of the glass it does not refract since it comes from the normal of the system and goes in a straight line. Thus, it follows the path shown in 4.