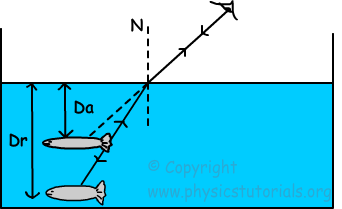 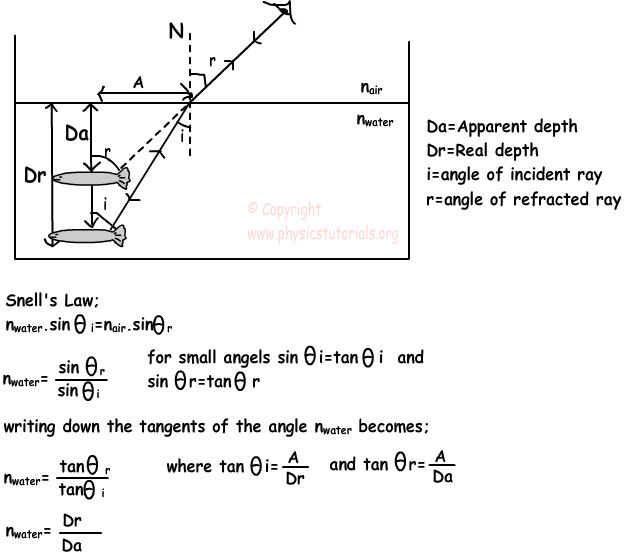 As you can see refractive index of the water is equal to the ratio of real depth of fish to the apparent depth of it. More general form of our equation is given below; 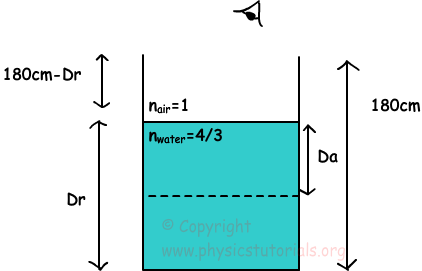