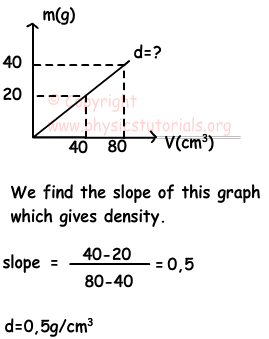 Example: The graph given below shows the relation of masses vs. volumes of two different matters A and B. If we take 40cm³ from A and 40cm³ from B volume, calculate the density of the mixture. 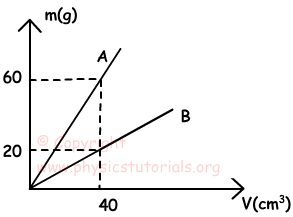