Electric battery is a device that converts chemical energy to the electrical energy. 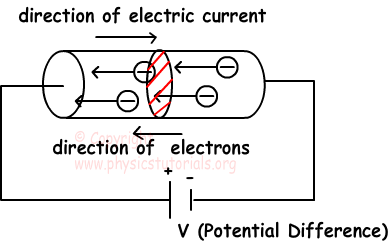 Average current I is found with the following formula;

Resistance is the difficulty applied by the conductor to the current flowing through it. Each material has different resistance. We show resistance with R and unit of it is ohm (Ω).

1 Ω=resistance of the conductor when 1 A current flows under the 1 V potential difference. Resistance is represented with the following picture in circuits;

We can write our formula with the explanation given above as;

Ohm’s law gives the relation between voltage, current and resistance. 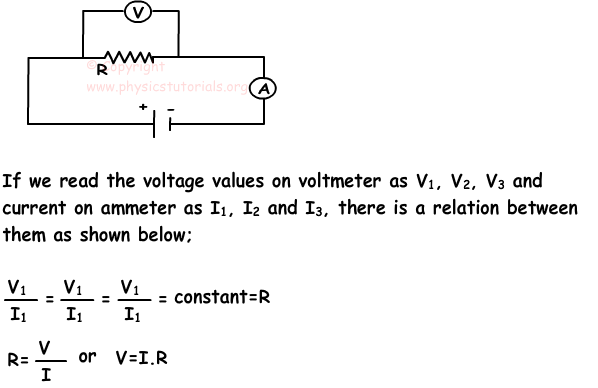 Resistors can be combined in two ways; series and parallel. Combination of more than one resistor is called equivalent resistor. We first look at the resistors in series; 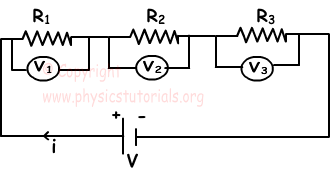 a. In this types of circuit, amount of currents passing through the resistors are equal and this current comes from the battery.

We substitute these values into the ohm’s law and get equivalent resistance; 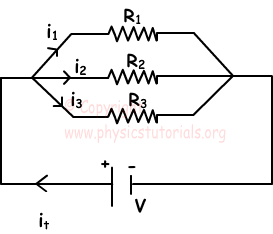 a. Sum of the currents in each branch is equal to the current coming from battery.

Substituting these values into the ohm’s law, we get the equivalent resistance equation as;

1. Batteries: Device which supplies energy to the circuit is called battery. We show it in the circuit as;

EMF: It is the energy given by the battery to the unit charge when it passes from one end to the other end of the battery. If the battery gives W joule to a charge Q, then;

We can say that, if the EMF of the closed circuit is known then EMF is directly proportional to the charge in the circuit.

Total EMF of the circuit is;

Batteries in Parallel: In this type of circuits, batteries must be identical. Picture given below shows the example of batteries in parallel; 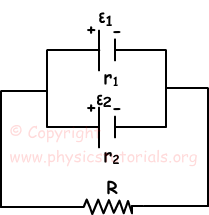 Total EMF of the circuit;

Total internal resistance of the batteries is;

Diodes are kinds of device that allow current flow only in one direction in circuits. Thus, only half of the cycles of alternating current can pass from the diodes. 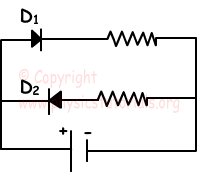