1. Applied force vs. position graph of an object is given below. Find the kinetic energy gained by the object at distance 12m. 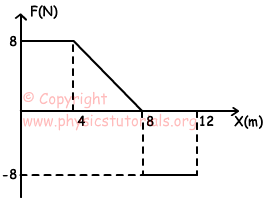 By using work and energy theorem we say that; area under the graph gives us work done by the force.

2. Box having mass 3kg thrown with an initial velocity 10 m/s on an inclined plane. If the box passes from the point B with 4m/s velocity, find the work done by friction force. 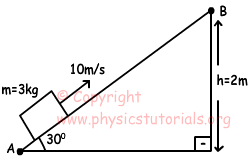 We use conservation of energy theorem.

3. Three different forces are applied to a box in different intervals. Graph, given below, shows kinetic energy gained by the box in three intervals. Find the relation between applied forces.

Slope of the EK vs. position graph gives applied force 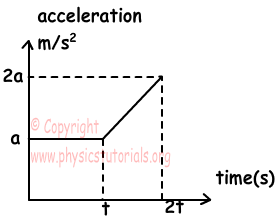 Object has velocity at t=t;

Object has velocity at t=2t;

5. An object does free fall. Picture given below shows this motion. Find the ratio of kinetic energy at point C to total mechanical energy of the object. 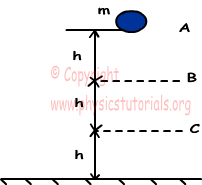