1. Ray I comes to optical system as shown in the figure given below. Ray reflects from the mirror placed inside the sphere in 1 direction. How much we must rotate mirror to make reflected ray follows path 2. 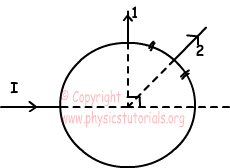 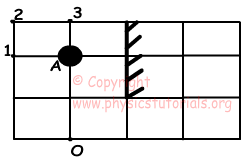 Picture, given below, shows which points are in the viewpoint of observer. Observer can only see image of object 3. 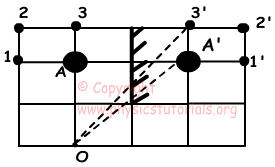 3. Draw reflection path of the following ray from plane mirror and concave mirror. 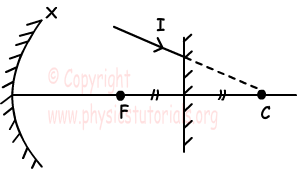 Path of the ray is given below. 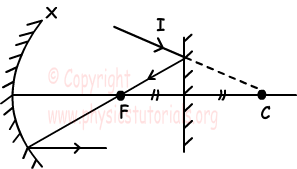 4. An object is placed in front of a concave mirror. If the distance between object and its image is 48 cm, find the focal point of the mirror.(Himage=Hobject/3) 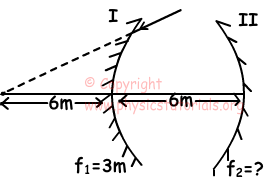 Ray passes from the point A after reflecting from first mirror. We do our calculations by taking point A object of second mirror. 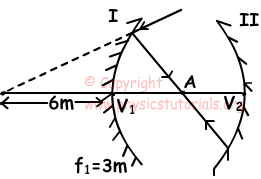 Point A is the center of the second mirror.

Center of the second mirror=4m=2f