In the previous sections we learned that same charges repel each other and opposite charges attract each other. Experiments done on this subject shows that this force is depends on the distance between the charges and amount of charges.

· Repulsive or attractive electrical forces is equal in magnitude but opposite in direction, it does not depend on the magnitude 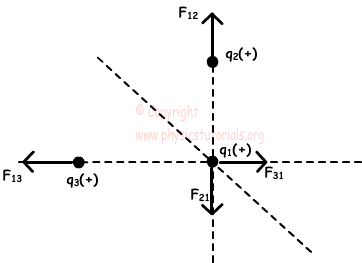 Example: If the q2 charge does not move, find the charge of q3 in terms of q? 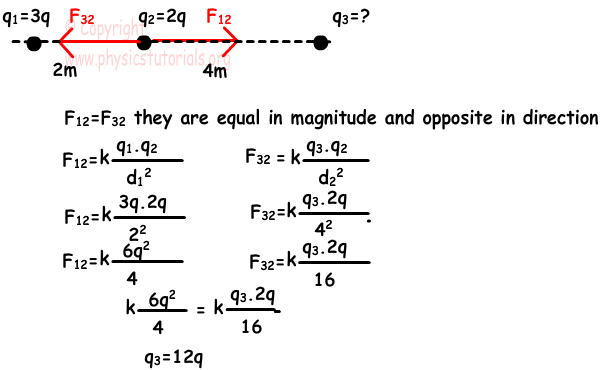 Example: If the net force acting on q2 is F2 find the charge of q3 in terms of q? 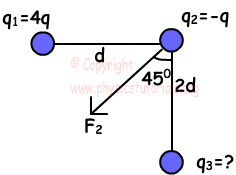 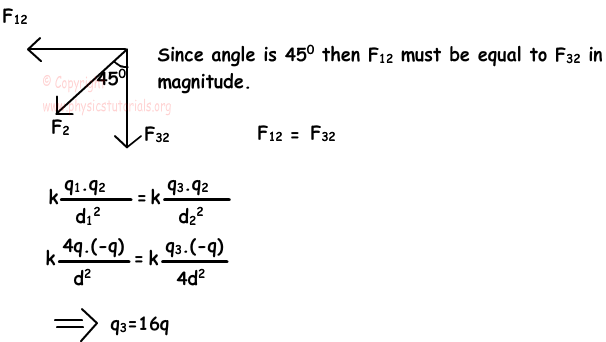 Example: If the system given below is in equilibrium, find the q in terms of given quantities and tension in the rope in terms of mg. 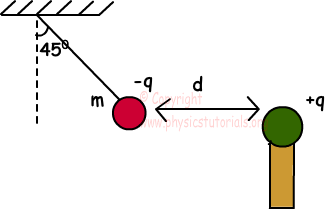 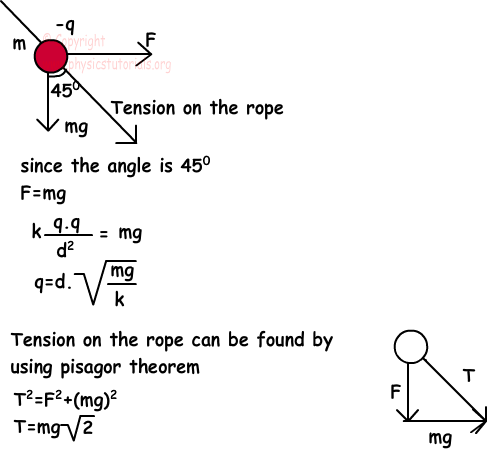