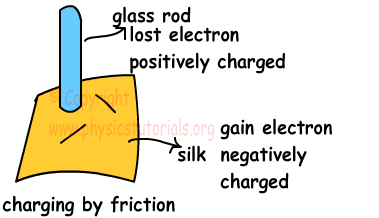 There are equal numbers of electrons and protons in a neutral matter. If something changes this balance we can say it is charged. 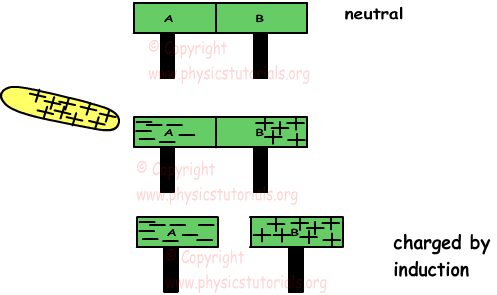 Coulomb made some experiments and find following equation of electrical forces.

A charged particle exerts a force on particles around it. We can call the influence of this force on surroundings as electric field.

Electric field is a vector quantity. And it decreases with the increasing distance. k =9.10⁹ N.m²/C²

F=E.q where; F is the force acting on the charge inside the electric field E. Using this equation we can say that;

If q is negative then F=-E.q and directions of Force and Electric Field are opposite. 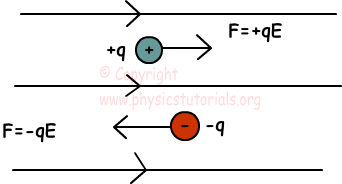 Capacitance is a scalar quantity.

Capacitors are devices designed for storing charge. They are commonly used in computers or electronic systems. 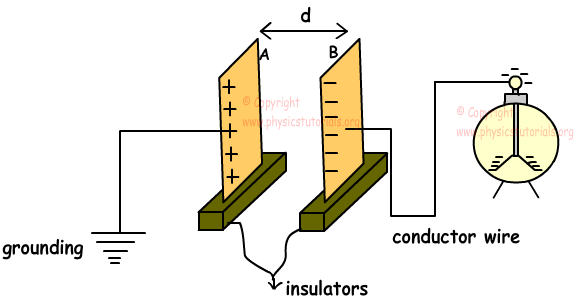 Capacitors in Series and Parallel

In this circuit capacitors are connected in parallel. 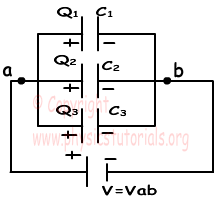 We find the charge of each capacitor as; Q₁=C₁.V

Ceq=C₁+C₂+C₃ Now we will see the capacitors in series. 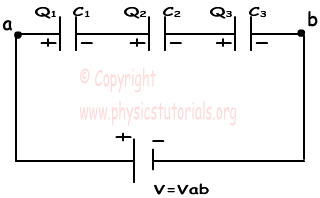 Each capacitor has same charge with batter.