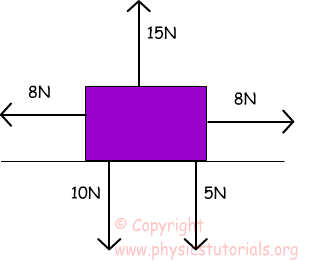 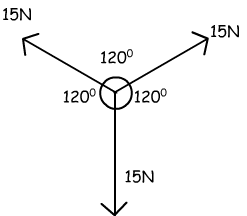 This system is also in equilibrium. Let’s see how it can be possible. 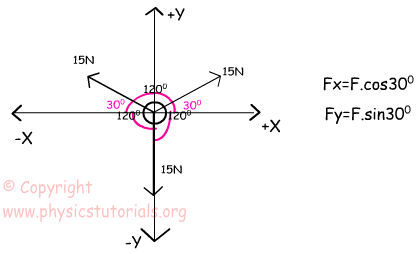 Using the trigonometry, we find the components of force vector. As you can see from the given picture, the X and Y component of the vectors have same magnitude since they have same angle to the horizontal. However, their directions are opposite. Thus, the net force acting on the object becomes zero which is the condition for equilibrium. 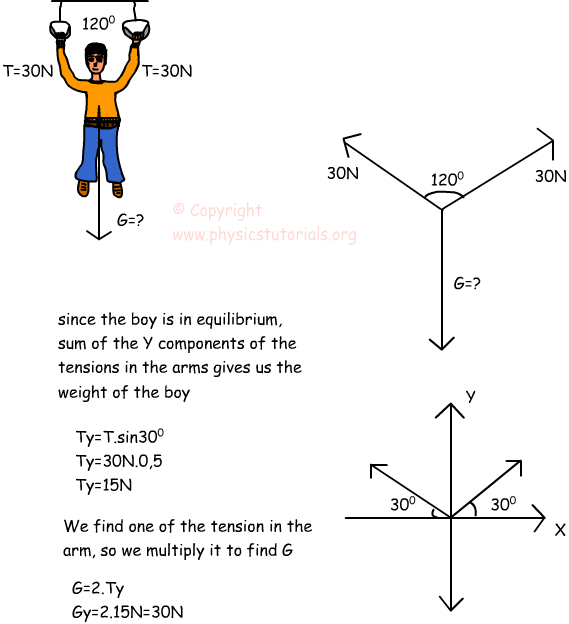