The picture given below shows the examples of elastic collision in which both kinetic energy and momentum of the system are conserved. 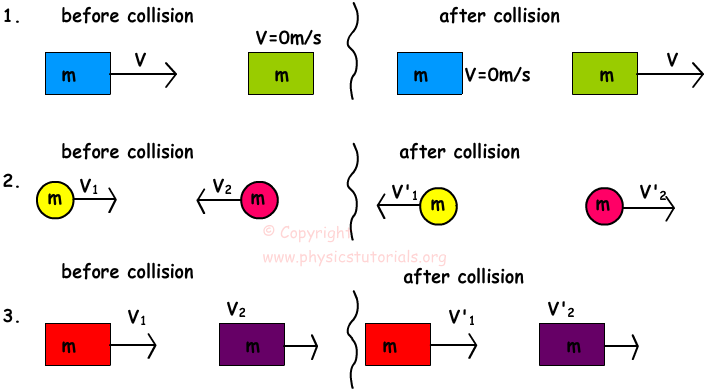 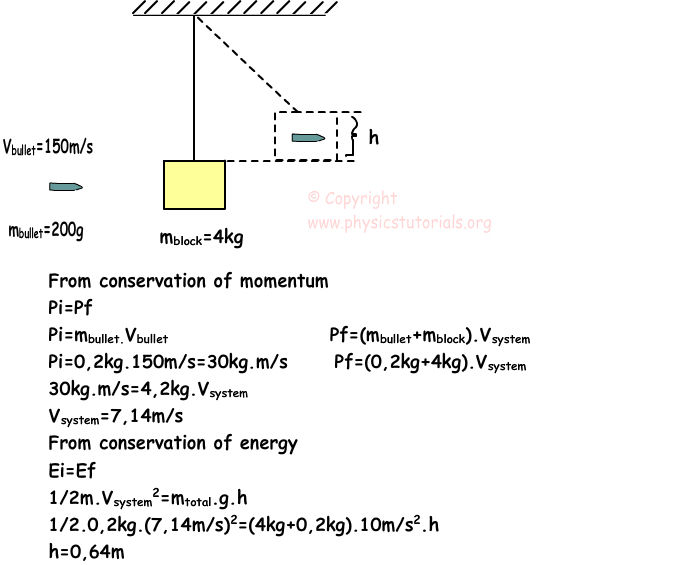 Example: Look at the given picture below. Particle having mass 4m and velocity 3v explodes and breaks into two pieces. One of the pieces has mass 3m and velocity 2v. Find the second momentum of the second particle and show it in a given diagram. 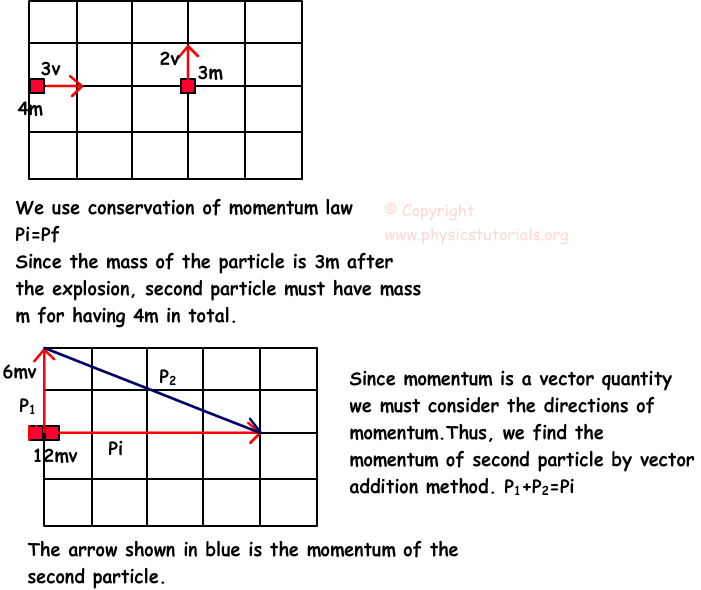